Home Articles Reflections of a teacher on GBL in education 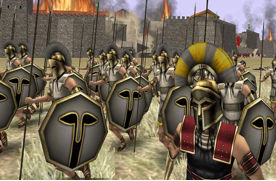 The history of humanity is a consequence of education and the ability to teach and learn. Almost all inventions have had to follow the hard road to being accepted by societies or cultures. The ability to read or write hundreds of years ago, had magician stigmatas and problems with social affirmation. In our recent history we see the same problems with medical inventions, electricity, photography, the beginning of movies … and finally computer games. Every young generation has their own way of learning and exploring. Technological and scientific progress is moving very fast. Almost every country has a problem of “education lagging behind the cognitive abilities” of the young generation. Games could improve the education process and also make it more attractive. The biggest and most important world resource isn’t oil, gas or uranium but the youngest representatives of our society. The old-fashioned way of teaching is making education dull and unattractive. It does not fit with their needs, whilst computer games, on the contrary are an ideal fit. I’ve been thinking for many years about how to best use games to improve the learning process. Finally a year ago I created a small group of students aged 14-18. I’ve improved lessons using various games. I’m teacher of history and history and society, so the game bias has been targeted towards the humanities horizon. For Example: The history of Europe and World

I’ve highlighted only a few of the computer games. I’ve used many more but these are simple biased towards history and writing about the whole project / intiative would have been very long and elaborate. After entering into the world of game education, my new role started, nevertheless the teacher position isn’t disappearing at all, on the contrary, it is evolving to a higher level and it’s going to become much more conscious. Because of a lack of scenarios to match to lessons, I’ve saved many of them. I’ve copied them to every computer so that students know what to do and had the same materials to use. Books were used to describe events, names and various concepts founded in the game. I’ve changed the tasks to be undertaken from those that were old and dull, often made by people, who had sometimes never seen school, particularly since the fall of the iron curtain to new tasks. For example:

Of course there were many more tasks. A number of positive conclusions exceeded my expectations. These abilities/skills were vastly improved:

And much more… the game market is like a gold mine. I’ve been researching it for many years. For open-minded educators it could be a great tool to teach with. For games corporations, it could also be an invaluable source of money. Profits taken from connecting educational systems with game producers would be beneficial for both sides. The simplicity of this “task” is lying between the group of open-minded educators and game producers. If we could connect these groups and create a communication link, GBL could create real fundamental advances. Throughout my years of research, I’ve found basics to biology, geography, social sciences… for almost every subject found in every curriculum. I’ve put below screenshots of various games. Try to imagine that every screen is a portion of names, conclusion. Every second is huge step in a process of learning and remembering, but there is of course the teacher’s part which is always the most important. 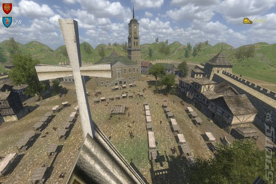 Games Based Learning Theory and Practice by Paul Ladley

HOW TO ADAPT YOUR WHOLE SCHOOL ICT CURRICULUM