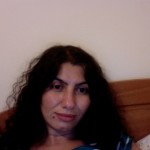 When I first told the news to the class of children whom I teach maths, that we will soon be using iPod Touches in lessons, the reaction I received

was very interesting. They were screaming with excitement as though I’d told them that they had won the lottery.  I wondered why. Why were they so ecstatic? Would they behave in the same way if I had said that we will have laptops in the classroom? What did they expect?  To learn better… or were my lessons so boring that iPod Touches would make them more fun. I don’t know, maybe..

I spent a considerable amount of time evaulating some maths apps which would be suitable for the topics studied. I had 21 children and only 20 iPod Touches, so some had to share. This wasn’t a real issue as some of the children prefer working with a partner rather than working alone.  21 pupils from a Year 5 class (ages 9-10, 14 male and 7 female) took part in the project. The children had higher mathematical skills than expected for their age levels. They were from four different classes and did not have much intercommunication with the children who were not from the same class as them outside of the mathematics classes. They sat in mixed gender and ability groups not necessarily with children from their own class. I selected these children as I teach mathematics to them every morning, which allowed me to implement multiplication and division mathematics games on iPod touches into their  regular daily numeracy lessons. This was the first time that they had used mathematics games on iPod Touches in the classroom.

The Learning with iPod Touches Project lasted for a whole term. The data collection was administered at four levels. Firstly at the beginning of the study before allowing the children to use the iPod Touches, an online survey was completed by the children about the use of technology to understand their experiences with iPod touches and other technologies. Secondly the questions ‘What do you expect to learn from using an iPod touch that you can’t from other technology?’ and ‘What are the ways of learning multiplication and division calculations?’ were asked, and a children’s concept map of their discussions to answer these questions were written down on a A4 sheet by them. Analysis of the data from this document was based on identifying words that indicated their perceptions and expectations from learning with iPod Touches.

Nonetheless they agreed that using an iPod Touch made their learning more fun and interesting, there were a number of students (29%) who didn’t know if using an iPod Touch helped them to learn better. This may tell us that the iPod Touch may not be the most appropriate tool for teaching all students and therefore educators need to employ different methods and tools for teaching and learning to meet the needs of all students.

Although the students’ perceptions of using iPod Touches was more about the affordances of the device, this can also be used for understanding their learning experience. Their comments about their perceptions of learning such as; the visual features of the games, content, learning by doing, being in control, collaborative working, learning without realising, motivation and failure provides us with an insight into how they think and learn.

Students also reported that they liked having an opportunity to complete the same task many times until they were happy with their scores. When their score was low, this was not seen as a failure, simply as ‘low score’. This is very important for two reasons; firstly it encouraged students to try and do better which will impact on their confidence level, secondly it gave them the ownership of their learning. They didn’t act because they received feedback from a teacher to do better, they decided for themselves, which score was enough for their expectations and which actions to take when they got low score; re-try or move onto a new task. This study shows the importance of understanding children’s idea of learning.  It was not the purpose of this study to measure learning gained by playing games using an iPod Touch, rather this investigation wanted to find out simply children’ perceptions. When used together with well designed learning activities the iPod touch offers many opportunities to increase interactivity and students engagement with learning. The findings presented that learning with games using iPod Touches had an impact on children’s learning by making it more interesting and fun, but it is difficult to measure if this had any effect on the students’ actual learning.

WEB 2.0 TOOLS IN OUR COMENIUS PROJECT ‘CITIZEN OF CARE-LAND’

Can you teach mathematics through digital games, apps and websites?