Home Articles Considering the Benefits of Digital Grammar in a Music Educational Program by... 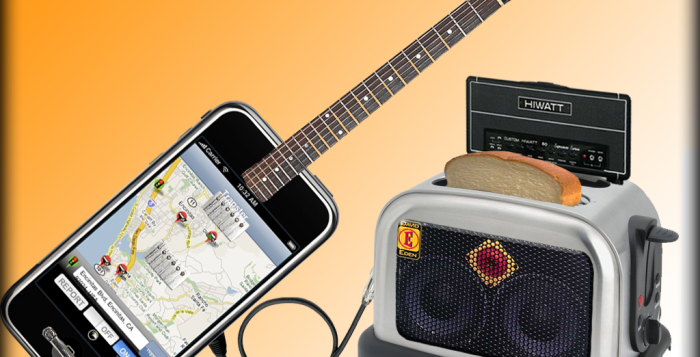 Throughout many centuries, the musical structure has had numerous modifications. We can observe the constant use of digits for the convenience of the notation of music sounds,  for example : digital organ bass, lute tablatures, guitar jazz ciphers. Nowadays the digital system of  music teaching is absent in the curriculum and is not applied in practice because of the teacher’s insufficient professional knowledge in the sphere of child’s neurophysiology .

Statistics and practice show that the period of  learning by standard music grammar is delayed for several years. Already at the early stage of learning at  a Children’s Music School, within of  two – three months, up to thirty per cent of children lose their interest in music as a subject and leave the study. This phenomenon is explained by the study overload arising at the first contact of the child to a difficult format of adopted note coding and decoding of music information.

The findings of our scientific investigations have permitted us to understand the most delicate mechanisms of a child’s mental activity  and  to detect  new creative abilities.  Application of Information technologies will help schoolmasters  to improve the quality, speed  and efficiency of music teaching for beginners.

The physiological substantiation on the application of  the digital system for coding and decoding of a melody is the following: children begin their contact with digits already in preschool age, when they are taught to count and this system is learnt by children quite firmly, since it is often used in their daily life, but the generally accepted music grammar is new for them and, naturally, requires some additional period of time to be acquired by children.  It is for this reason that during the initial period of musical teaching, children inevitably spend a lot of time and effort learning to read a melody written down in music signs.  Naturally, it slows down the rate of  training, causes psycho-emotional discomfort, lowers the child’s interest towards music. Therefore, in the initial stage of teaching, besides working with  the  generally accepted music grammar, it would be useful to replace it with a digital system for a certain period. This does not mean that we want to do without standard music grammar, but at the initial stages of a musical education, the system of digital coding and decoding of musical sounds is  undoubtedly useful, as it speeds up the teaching of children.

It is well known that the difficulties in the perception of any information, including musical ones, cause a strain on the main functional systems of a child. The developed digital technology of musical training perspective, has a practical result, but it requires the physiologic and psychology researches devoted to the studying of an influence of a recommended  method to psycho-emotional status and to a condition of the main functional systems of the child: i.e. the central nervous system, the muscular system and others. For this purpose, the experimental researches are to be performed, namely: ENG, EMG, EEG – tests to study the degree of mental load that the child has received as a perception of the information recorded in the note signs compared to the load  that a child has received as a perception of the music information written down in number signs. An Electronystagmography test allows us to investigate eyeshot, positional nystagmus and also to determine the quantity of  fluctuations of  the eyeballs during the perception of melody written in the music marks and digital symbols. An Electromyography test, allows us to investigate the threshold of  muscular irritability (min – max) and the amplitude of muscle tension, depending on the effort and the accuracy of the pressing of a key on the keyboard of the instrument. The method of  ENG and EMG joins the visual analyser with the neuro-motor function of the hands and explains, from the scientific point of view, the ratio between the load on the eye muscles  and that of the hand muscles, and also it proves the possibility of the development of muscular fatigue in hands depending on the quantity of eyeballs’ fluctuations. The EEG test allows us to make up the comparative diagrams of the dynamics of the proceeding neurophysiological processes, and also it offers an opportunity to investigate the functional activity of neurons during the synthesis both of musical and digital patterns.

The realisation of the described scientific researches in this direction will allow us to approach closer to understanding some of the more subtle mechanisms of a child’s mental activity and to detect their new creative abilities.

In practice, using the generally accepted music grammar, the child connects the definition of the location of the melody to the pitch  i.e. to the system of dimension, which is written down in the form of an expanded construction, both on x – the horizontal   axis and on y – the vertical axis. By reading the music information, the direction of the eyeballs’ movements is spasmodic, and it has a multistep combination both on y axis, from the G – key up to the F – key, and on x axis, often with a return of eyesight to the starting point of support. For an integration, synthesis and the modification of the complex pattern of the received information, the structures of the central nervous system require an additional period of time. It is a neurophysiological process proceeding in an interval of time between the moment of perception of the music information from the sheet and the moment of the hands’ response on the keyboard of an instrument. A great number of irregular nervous impulses are transferred to the central nervous system per unit of time and, as a consequence of  this, the fatigue of hand muscles is considerably  increased (Berosov, Korovkin1990). An amplitude of muscle tension is directly dependent on the frequency of innervation, where each subsequent nervous impulse coincides with the phase of increased excitability of the muscle (Green, Stout, Taylor 1990). At the level of the synaptic terminal  we can see untimely synthesis of the neurotransmitter, deep and stable depolarisation of  the postsynaptic membrane and, as a result, the convulsive reflexes are thus formed. An important neurophysiological moment has been marked: within a short time interval the contracture, that is, constantly high muscular tension is formed, which in turn, is harmfully reflected on the content and character of  the melody.

In  practice , using  the method of the digital key, the child connects the definition of digital melody  to the system of  dimension  which is  written down  in the form of an integral construction both on the x axis  and on y axis. Reading the digital information the  trajectory of the eyeballs’ movements on the y axis is projected to the exact determinant (digit, sign, symbol ), the trajectory of the eyeballs’ movements on the x axis is projected in one direction, forward. In the given system of dimension the integration of the digital information proceeds instantly, its realisation on an instrument proceeds in reflexive time – ratio. The paradoxical phenomenon is revealed: the time interval  between the moment of perception of the digital information and the moment of the hands’ response on the keyboard of an instrument, is contracted to the minimum.

We achieve a reduction of load on hand muscles at the expense of decreasing of an amplitude between muscle tension and the resulting movement and, consequently, the time intervals between effort and accuracy of pressing of a key are considerably shortened. At the level of the synaptic terminal we can see an allocation of neurotransmitter directly  proportional to the frequency of generated impulses by neurons and, as a result, the coordinated reflexes are thus formed. An important neurophysiological  moment  has been marked: the reciprocal  muscular  innervation is formed, that is, the rational distribution of the manual technique on the keyboard of an instrument, which in turn, is considerably reflected on the content and character of the melody. A grain of  truth lies in the fact that at the expense of  perception of melody by means of digits, its realisation becomes  faster and easier, which in turn, is positively reflected on the psycho-emotional status of the child and  enables him to dynamically realise the potential music abilities in psychosomatic action as a result .

Entire description on related research You can read on the webpages :

HOW TO ADAPT YOUR WHOLE SCHOOL ICT CURRICULUM

Building Afghanistan 2.0 by teaching Afghan Girls how to Code to improve their Technical Literacy